The northern bobwhite is a popular gamebird and many landowners wish to improve populations of this quail on their land. Practices such as timber thinning, disking, herbicide applications, and food plots are commonly implemented for bobwhites. However, prescribed fire is implemented by far fewer landowners. This resistance to use fire is unfortunate because fire benefits bobwhite more than any other practice.

Bobwhite require short, dense, woody cover (shrubs), perennial grass cover, bare ground, and abundant forbs (broadleaf herbaceous plants) with an open structure at ground level. Fire is an effective tool to manipulate all of these factors. Fire removes dead plant material, opens the structure of vegetation at ground level, and stimulates annual food-producing forbs to germinate. In a forest, fire can be used following a harvest or thinning that allows at least 50% sunlight into the stand. Burning these stands consumes leaf litter and stimulates a lush understory that provides better cover and more food, especially seed and soft mast.

Fire frequency is the most important factor when using fire for bobwhite management. The ideal frequency depends on the plant community, precipitation, and soil type. In general, a short fire-return interval is needed in the eastern portions of the bobwhite range. Areas of the Gulf Coastal Plain may need fire every 1 – 2 years to maintain the early seral stages required by bobwhite quail in these areas. On the western edge of the bobwhite range where precipitation is much less, fire frequencies can be longer. Burning once every 10 years will maintain the plant community in a suitable composition and structure. 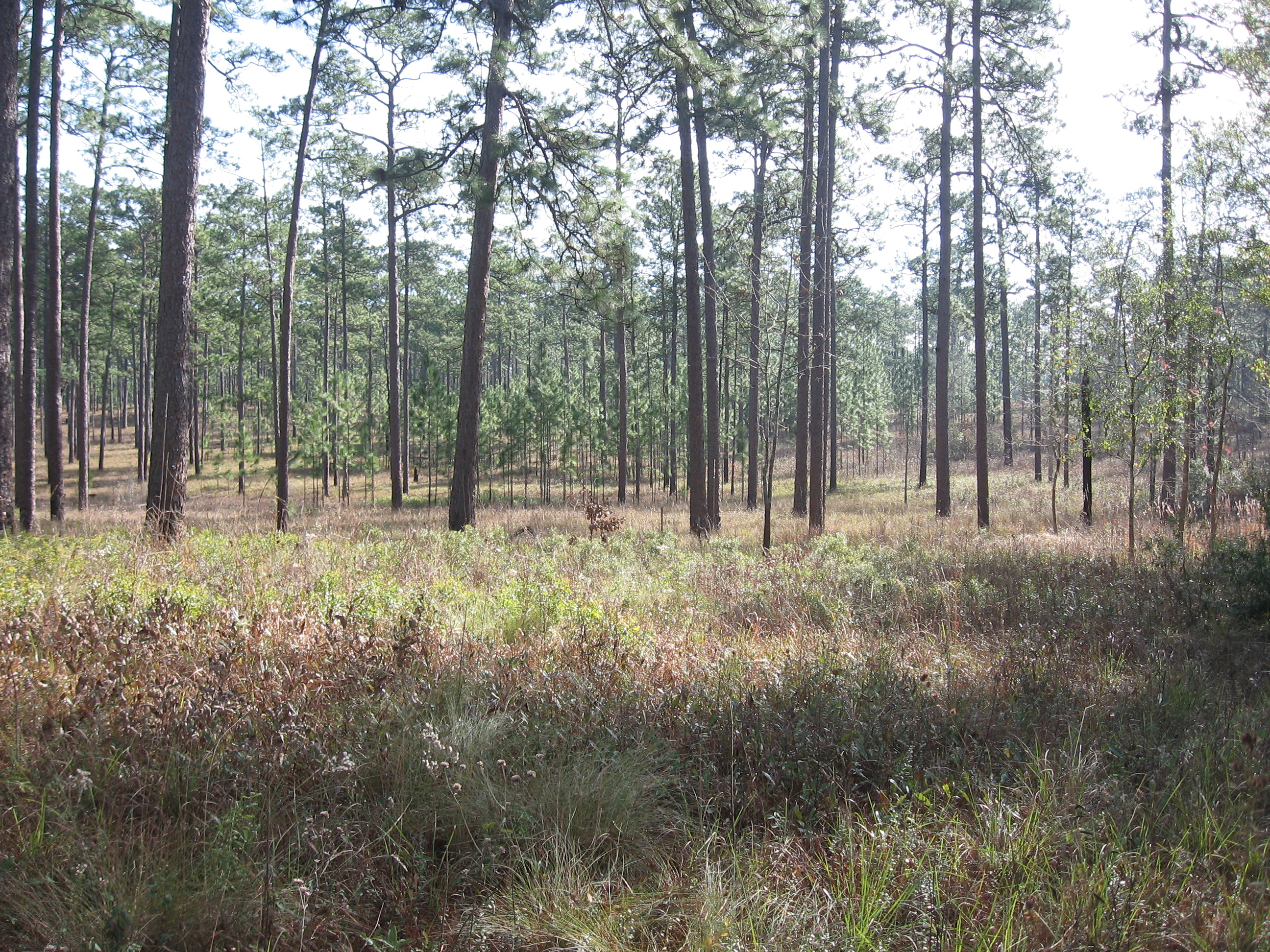 This pine savannah is burned every 1 – 2 years and is excellent bobwhite habitat.

Although fire frequency is the most important factor, season of fire can also be influencial. Fire in different seasons will tend to favor certain plants that may be more or less desirable for bobwhite. This is highly variable from place to place. However, in general, summer fires tend to reduce woody plant composition more than dormant-season fires. So, if your goal is to reduce woody plants and increase herbaceous plants, burning during the growing season should be considered.

Similar to haying, burning during the nesting season can destroy nests. Most bobwhite nesting occurs May-July. So if growing-season fire is needed to control woody species, burning late in the growing season should be considered. Also, if a large area is burned in the spring, perennial grass cover for nesting will be lacking that year. Therefore, only a portion of the landscape should be burned in any one year. However, in areas that receive a lot of rain, such as the Gulf Coastal region, grass cover returns quickly following fire and quail may nest in that year’s burned area. Fire also temporarily removes shrub cover. However, most shrubs resprout and the resprouts are often more dense a year or two following fire.This further implies that only a portion of the landscape should be burned each year.

With a little experience and knowledge, landowners can effectively use prescribed fire to manage bobwhite habitat. Fire historically maintained healthy bobwhite populations and it can continue to do so today.